Rabri gram and one fine weekend

Rabri, the lip-smacking condensed-milk-based sweet dish is something not many can resist. Here is a journey to a place called Rabri gram, where rabri making is the prime occupation.

Ever imagined a small village located not far away from the urban jungle of Kolkata, which has been preparing and selling Rabri to multiple cities across West Bengal? Yes, there is one village in Hooghly district, within a 40-kilometer radius of the state capital.

The village is named Rabri gram, as making the lip-smacking sweet is the cottage industry there. Rabri is prepared in bulk in many households in this village.

As it is said, Rabri was originally invented in Varanasi and travelled to Bengal later. There is a mention of this sweet in Chandimangala written around the year 1400. In Chandimangala (1589 AD), Mukundaram Chakravarti mentioned sweets like Kheer, Rabri (thickened sweetened milk), Manda, Kandu, and Nadu. In the same period, Chandidas Padavali mentioned about varieties of sweets (bibidha-mishta and sakar-mittai), distributed by his father Nanda when Sri Krishna was born.

Well, that’s just my knack to learn and adding a bit of history to every dish I try my hands on. But, for now, let’s keep the history aside and focus on Rabri.

One fine morning, me with my good friend Amitava from Felu Modak and Anirban Bora set out for Rabri gram. However, we being foodies never actually restrict ourselves to one place. Wherever we find good food, we opt for a pit stop to rejuvenate our taste buds. Just like that, we found Amar Mishtanna Bhandar in Uttarpara, while on our way to Rabri gram.

Rabri was banned in Kolkata back in 1965 during the economic recession for its excessive use of milk. The ban was overturned within the year by the Calcutta High Court due to lawsuits from independent sweet shops.

Amar Mishtanna Bhandar is a pretty old sweet shop and quite a household name there. The signature sweet there is the Uttarpara Sandesh, a square-shaped sweet, pretty soft in nature and with a layer of jaggery flavored malai on top. It’s damn tasty and definitely recommended for anyone who loves sweets. It’s very interesting that the sweet is named after the place itself, Uttarpara.

Besides this Sandesh, Amar Mishtanna Bhandar is also known for its Bonde or Boondi that comes as counter fresh in the afternoon. However, as it was morning time, we missed it.

The original name of Rabri gram is Gangpur or Ainya, which sounds a bit strange though! If you are planning to go there using public transport, take the 26C bus from Dankuni and it will take around 1 hour to reach there.

Unlike Shaktigarh or Pahala (Odisha), famous for Lyangcha and Rasagolla, respectively; Gangpur is just like another regular village of West Bengal. Nothing special there at all, in terms of appearance at least.

Check the place in Map.

You won’t find any road signage or roadside stalls selling Rabri. The villagers aren’t much co-operative or eager to tell their stories as well unless you know someone local.

The Rabri making process is pretty easy but tiring and time-consuming. The full-cream milk needs to be boiled and thickened, while someone needs to swing a fan on top of it, and with this cooling-from-top system, the upper layer of boiling milk turns into a faster cream or malai, which is then taken to the inner side of the hot kadai for it to dry. This whole process continues for many hours until the milk gets thickened.

The malai is then cut into small squares and put in the milk. This is a variety of Rabri, known as sar rabri. There is another variety, known as Ghanta Rabri. For this, the sar is mashed and mixed in the milk. It’s majorly found in the North Indian region. Well, I might not be able to explain the whole process exactly, but trust me; the end result is so lip-smacking that worth the tiring process.

Rabri is also known as Basundi in parts of Gujarat, Maharashtra and Karnataka.

The final product made in Rabri gram is sold to the wholesale sweets market in Kolkata and many other districts of West Bengal. The shopkeepers save on the laborious part of the process and finish the final part of Rabri in their respective workshops.

Just to mention here, in today’s world, where automation is engulfing the majority of the industries around us, sweet making process too has adopted the same technology. I have seen Felu Modak, one of the famous traditional Bengali sweet making shops that have been in the business since 1848; prepare their own Rabri using a modern hi-tech machine.

Well, with the trip to Rabri gram over, Amitava asked us to go to Singur the place suddenly shot to fame in the previous decade. However, I am not going into what made Singur famous, but this time, we were looking for some of the best mishti doi (sweet curd) in that region. I love mishti doi and that’s no secret to my friends. The quest for mishti doi took us to Satyanarayan Mishtanna Bhandar, Singur, Hoogly.

Satyanarayan Mishtanna Bhandar is a family-run shop doing business for over 65 years. And as per the locals, this shop specializes in mishti doi. The current generation entrepreneur Arunangshu and his brothers are running the sweet making operations now.

The mishti doi or sweet curd available here is not the usual type that we find everywhere. It’s not heavy and the taste is less sweet. I was instructed to not to put the curd in a refrigerator, as it’ll spoil the taste. No wonder, I didn’t dare to do that.

I won’t say that it was the best mishti doi that I’ve ever tasted, but definitely, it’s among the better ones. Also, the quality is almost unimaginable in that suburb.

Rabri gram is a truly nice experience in itself. If you want to go there, please do not expect the best quality rabri, as the village is meant for mass production and for supply to the wholesalers. Also, business owners or the Rabri makers there are not too keen to sell in a retail market.

There are undoubtedly many such hidden gems in the districts of Bengal. Food lovers like us should make it a habit to explore and express in words.

(The article originally appeared in Mohamushkil.)

Previous articleVegan: To be or not to be?
Next articleAn evening with Afghani pulao 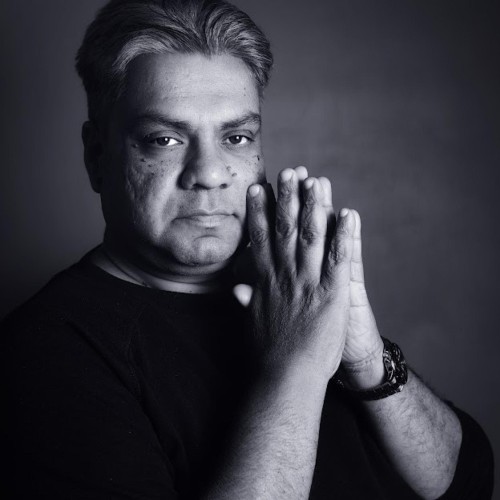